BOOK REVIEW: This is the kind of story that sort of lulls you into a bit of a comfort zone with a normal enough opening few chapters, then suddenly things get freaky. I thoroughly enjoyed the setting of this scene – getting to know Tony Logan so well as a regular guy going through some midlife s*** that isn’t hard to relate to. And the off-handed way the ‘photograph’ was thought of and mentioned several times before we got a look at it. Well, I liked that too. It was a good build up to the normality of the story suddenly being blown apart…. What then follows is a gripping supernatural thriller with a kick-arse twist at the end. The upshot being that Tony Logan might have been far better off to have never seen that photograph.

Preview The Photograph on Amazon 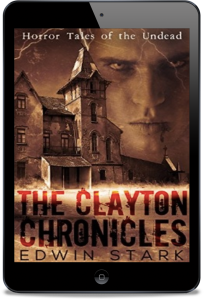 BOOK REVIEW: These are gritty tales with a touch of irreverence – a dash of humour. Awesome detail in constructing both the setting and characters. This is what gives it the classic feel for me. It’s like one of those old late night scary movies that has you so involved that you’re clawing the armrest of your lounge. I think the pacing adds to that too. There’s some real suspense here – the creepy kind. And a great cast of characters! Everything works from the seriously gruesome to the mildly quirky…. Did I read something in the intro about screenplays as the original idea? Definite late night movie fodder – good follow-on viewing after The Twilight Zone has set the mood.

Preview The Clayton Chronicles on Amazon 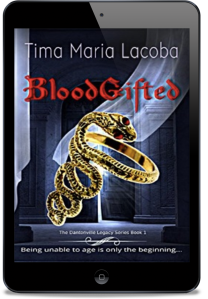 BOOK REVIEW: The slow reveal of what the heroine, Laura, actually is was fascinating. The story provided an interesting take on age and maturity – the history of the centuries old characters. The play on Laura’s vulnerability amongst the vampires and the relationships between feeding couples was good reading. Things escalate into a steamy romance and big action climax. This book has a smart ending. I liked it.

View all posts by G.S.B